It’s been a great and exciting weekend in Music City with NASCAR taking over Nashville Superspeedway. The Cup Series takes center stage and will turn 300 laps for 400 miles on this 1.33-mile concrete track. Last year Kyle Larson won this race in dominant fashion leading 264 laps from the fifth starting position. At a track that will be tough to pass at getting the dominator points that are at hand will be important as there are plenty to go around.

*Note: all pricing is DraftKings focused 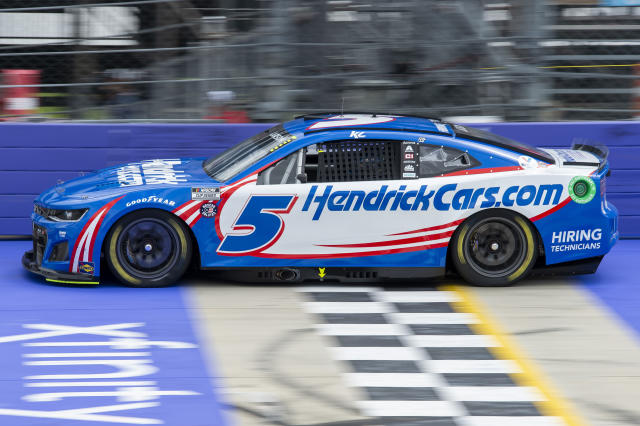 I’d be remiss if I talked about this race without mentioning Larson who dominated this race last year. Larson has also won at each of the like-tracks mentioned above (Richmond, Dover, and Phoenix) while pulling in a top-five position a combined 16-times at those tracks. Larson is the highest-priced driver but a great contender to dominate from the third-starting position.

Coincidentally Busch is the second-highest priced driver and also one of the likely higher-owned drivers. The reason for that is because of a qualifying spin which is why he’ll start 36th on Sunday. Busch starting this race second last year but finished 11th but there isn’t much to look into here. Busch is a high-floor play here on Sunday.

At $7,100 Stenhouse is a solid value starting deeper in the field at a track setup that he’s been successful at. Ricky started at this track from the 14th position last season and had a great run finishing sixth. Stenhouse has also finished in the top 5 at Dover, Richmond, and Phoenix in his career. He’s a solid play in cash games for a “safe” floor at a solid salary.

Chastain is locked into the playoffs and playing with just house money which is one of the aspects that makes him dangerous in this race. He’s aggressive, has been fast all year, and has nothing to lose in this race. Looking back to last season, Chastain made some tremendous gains finishing second in a race that he started 19th in. while leading four laps late before Larson took off for good.